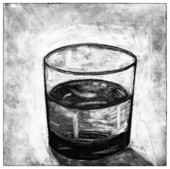 Pratibha Patil is the President of India and women are going nuts saying that this proves how far Indian women have come.

To which I say this.

Firstly, it’s not like we haven’t had a powerful woman rule us before. Mrs. Gandhi, remember? Of course, there are those who’ll say that she only got the position because of her lineage and that she was a dictator. Fair enough. But she ran the country on her own steam, through and through.

Secondly, as a science guy, APJ Abdul Kalam brought a degree of analytical thinking to the job. He seemed to know what he was talking about, apart from being refreshingly devoid of any airs whatsoever. You came away feeling that the country was in good hands.

I don’t get that feeling from Mrs. Patil. And I can’t really be sure that she isn’t being manipulated by anyone. Perhaps its got something to do with the fact that she’s only had a spokesperson speak for her so far. I can’t help thinking that she’s secretly just a puppet for a powerful someone or someones. That somebody like that can be elected President of my country is a little disturbing.

And lastly, please look at the Kiran Bedi situation. Yes, people will say that she’s too political or too publicised or too fake or too whatever. But she’s also been very efficient at her job, she has a great track record and she’s easily the most dynamic lady officer in the Indian Police force. But she’s just been overlooked for the post of the Delhi Police Chief, the position being handed over to a man two years her junior.

I’m leaving you with two facts and one question so as to pee over The Optimism Parade.

Fact 1: Pratibha Patil is our Head of State.

5 thoughts on “Half-Full or Half-Empty?”